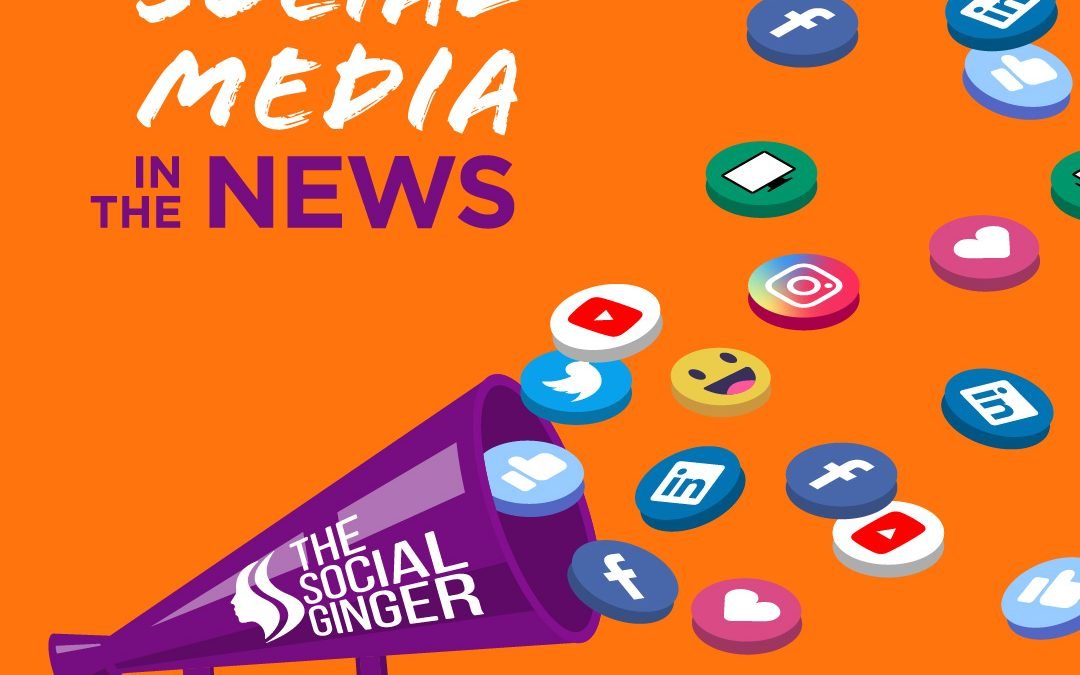 Isn’t it funny how the “normal” or “traditional” news quotes social media all time time? From athletes to political figures to some bizarre viral video, you probably don’t go more than 30 minutes in your day without hearing the words Facebook, YouTube, Twitter, LinkedIn, Instagram or TikTok.

This week at The Social Ginger, we’re bringing you a new occasional feature – Social Media in the News. This is a quick recap of recent stories about social media making news in traditional media.

These topics will range from things actually happening with the social platforms themselves to people using the platforms and turning them into headlines, and other trendy topics.

In no particular order, here’s Social Media in the News so far in February …

What took you so long, Matthew Perry? The former “Friends” star is the last of the famous cast to join, but he made a huge splash doing so (and already has nearly 5 million followers)

This is how thrilled I am to finally be on Instagram. So, here we go…

A video posted to TikTok and then reposted to Twitter cost a group of airport contract workers their jobs. One of the employees says “I don’t even understand what’s such a bad thing about what we did because we’re giving positive promotion for this company.”

Do you have a lot of friends who post about their food? It turns out, those pics may be influencing what’s on your dinner plate. A new study suggests your friends may be pushing your diet in more (sometimes less) healthy directions.

Parents have yet another social media trend to watch out for. This one is called the “Tripping Jump Challenge.”

While recording a video, three people stand next to each other, but the middle person doesn’t know they’re about to be tripped. Serious injuries have been reported.

Too much time on smartphones and social media could be contributing to mental health issues among teens, a new report suggests.

You know that a social media challenge that’s full of false information is big when the USA Today (and many others) write about standing a broom upright and walking away from it.