4 Reasons Why Emoji Use is Important in Social Media Posts 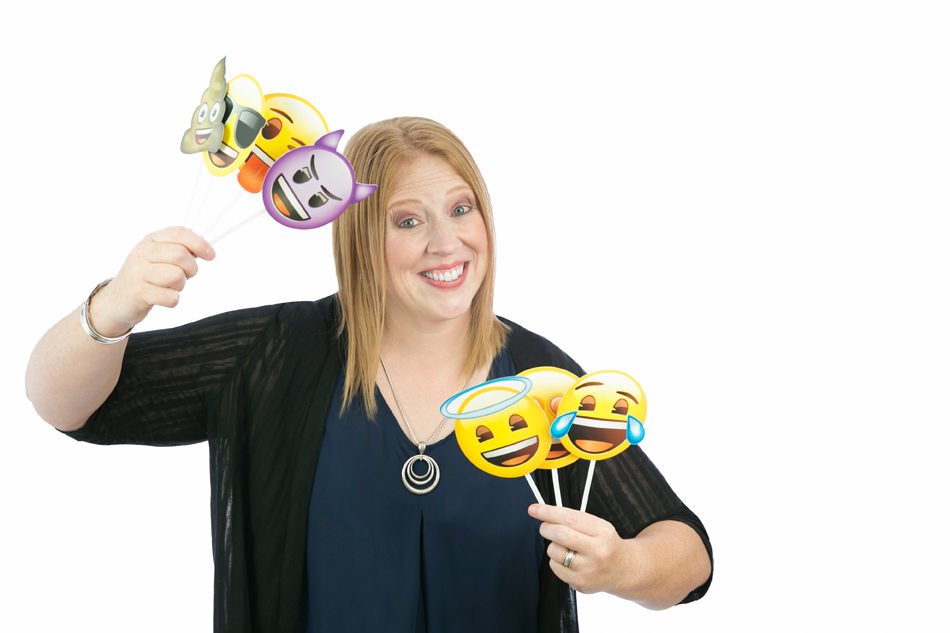 Emojis – you know, the smiling faces 😃, thumbs up👍 , and, our favorite, bodily functions 💩 – aren’t just for communicating through text messages. They’re also perfect for your social media posts to help you stand out.

Why Use Emojis In Your Social Copy?

10 billion emojis are being sent each and every day, with 95% of internet users having sent an emoji at some point in time. That’s a lot of people for your business to engage with, and you don’t have to be a social media marketing specialist to implement some of these tools!

This increased engagement can lead to more exposure for your brand and new people checking out your content. That certainly deserves a 👍, right?

Hubspot’s research has also found that certain emojis drive engagement and click-throughs because of their novelty factor: 🙆, 🐠, and 🐙 are just a sampling.

Emoji use on social media is certainly not new. Just look at this Bud Light tweet from 2014, showcasing a great example of using emojis to celebrate the Fourth of July.

While the 2014 tweet sparked some controversy over using the beer emoji in an American flag, the post generated tens of thousands of 100,000 Likes at the time. 🍻

🤔 Did you know: Emojis were created by Japanese artist Shigetaka Kurita back in 1999.

In addition to being trendy, emojis help unite us. Through the ups and downs of the COVID-19 pandemic, there is one thing that remains common across the globe no matter what device we use — emojis. 🌍

Emojis are one of the few things that are universal and are available to all internet users across all platforms and devices. You can be assured that if you send an emoji with an iPhone, your friend with an Android can still enjoy the emoji. Despite our differences in how we engage with the internet we can stay connected through our use of emojis. 🤗

🤔 Did you know: The world celebrates World Emoji Day on July 17 every year. There’s even emoji “awards” handed out that day.

Emojis Help to Stop The Scroll

You want to catch people’s eyes and the way to do that is with compelling imagery. Humans have the capacity to process visuals 60K times faster than text. Meaning, customers are going to understand the message you are trying to give faster than if you just use text.

You only have a few seconds to get people’s attention to what you are trying to say. Make it count! ⏳

Our brains consider emoji-faces to be equivalent to looking at a human face. Meaning these images are easier and quicker for our brains to process, and in turn means people are going to pay more attention to them. This stops the scroll because people respond to faces more than any other category. 👨

🛑 IMPORTANT TO NOTE … you don’t want to stop the scroll because of an NSFW (Not Safe For Work) emoji. Check out this post that points out some of the inappropriate meanings of emojis so you can be sure to avoid a miscommunication! 😳

🎥 Worth the watch: Sure this video “Emoji Among Us: The Documentary” is from 2014, but still feels so relevant today. Check it out:

It’s A Good Marketing Plan To Break Up Copy

Continuous text can be hard to read, can be strenuous on eyes, and can lose readers attention quickly. It can also be daunting to see there is a lot of text to read. 😢

By using emojis to break up copy you give readers eyes a break. You can also regain readers attention because, again, people like looking at images more than they like to look at long paragraphs. 😉

This technique also makes the reading easier for people to digest.

🤔 Final thought: Incorporating emojis should become a part of the strategy for your social media marketing efforts. If you’re looking to take your social media to the next step, book a call with The Social Ginger today to see how we can be your partner!

This blog, originally written by Stephanie Eldridge and published in 2018, was updated in March 2021.